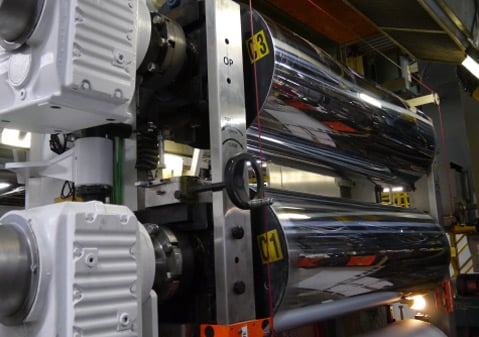 Bixby International’s executive management team is comprised of experienced manufacturing professionals who strive to define Bixby as a world leader in the design, development, and manufacturing of custom thermoplastic extrusion products.

As President and Chief Executive Officer of Bixby International, Dan Rocconi is responsible for all aspects of the day-to-day operations of the company, including profit and loss accountability, the hiring of new personnel, supervision of manufacturing efficiencies, revenue growth, supply chain management, research and development, financial goals, and the reporting of all aspects of the company’s business to the Board of Directors. Since his promotion to President and CEO in 2011, Dan has developed and led diverse teams through the creation of new sales and marketing initiatives, the expansion of research and development, and driving improvements in the company’s financial and operational programs. As President and CEO, Dan hired and developed a new sales and marketing team, which led to a rise in sales of more than 50 percent and an increase in gross profit of nearly 90 percent. Dan has been with Bixby for a decade, having joined the company in 2008 as Vice President of Operations. In this role, he was responsible for all aspects of the company’s operations, manufacturing, engineering, and supply chain. Prior to joining Bixby, Dan began his career at DuPont where he held positions in manufacturing, sales, and marketing. Dan is a veteran of the U.S. armed forces, where he worked in the intelligence field. He earned a Bachelor of Science degree in Electrical Engineering from the United States Air Force Academy. While on active duty with the U.S. Air Force, Dan earned a Master of Arts in Economics (Management Emphasis) degree from Oklahoma University.

Dennis Lauzon brings more than 25 years of professional leadership experience to his role as Chief Revenue Officer at Bixby International. In his current role, Dennis manages Bixby’s sales and marketing teams and he is responsible for all revenue-generating activities, corporate development initiatives, marketing programs, product pricing, and revenue management. Prior to his promotion to Chief Revenue Officer, Dennis was the Vice President of Sales, having joined Bixby in 2012 in this role. As Vice President of Sales, he was responsible for the development and execution of the company’s sales strategy, for establishing sales targets to meet revenue objectives, and drove year-over-year increases in Bixby’s sales and revenue. His previous experience includes executive and management sales positions at The Dow Chemical Company and Merquinsa Mercados Quimicos S.L. Throughout his career in sales, Dennis has developed strategic and tactical plans to create new business during adverse business climates, he managed a sales team that drove an increase in sales of more than 10-fold, and he has led teams that have generated hundreds of millions of dollars in new business. Dennis started his career as an engineer for The Dow Chemical Company after studying Chemical Engineering at the University of Alberta.

Patrick Song is our senior executive responsible for managing the financial actions of Bixby International. His efforts continually provide growth for the company profits and cash flow, financial planning, and maintaining necessary documentation as well as tracking detailed analytics to determine the company’s strengths and areas needing improvement. Prior to joining the Bixby Team, Patrick led the finance departments at multiple leading clean technology companies where he executed over $500 million in capital formation, funding a company from lab stage R&D through the construction of a commercial-scale plant, and the sale of two of these companies to Fortune Global 500 companies. Patrick earned his BA in Economics and his MA in International Policy Studies from Stanford University. He then went on to receive his MBA from Harvard Business School.

As the Chief Development Officer at Bixby International, Marc Gagnon oversees the identification, creation, development, and commercialization of new technology, products, and applications in polymer sheet and film extrusion and laminations. He is also responsible for driving profitable business growth by leading the company’s pilot line and laboratory processes, development of technologies and programs, and the continued expansion of ongoing research, development, testing, and innovation. Marc brings over three decades of development and manufacturing experience to his role, having joined Bixby in 2004 as the Vice President of R & D / Product Development before being promoted to Chief Development Officer in 2017. At Bixby, Marc’s development team has created dozens of new products generating millions in profits in support of the company’s growth. Prior to that, he worked for 17 years at The Dow Chemical Company where he began his engineering career in the Plastics Division developing polymer materials and applications. After that, he worked as Licensing Manager for new polymer technologies in Dow’s New Business Development Division, followed by his promotion to New Business Development Manager in Dow’s thermoplastic urethanes business. In addition to his professional experience, Marc holds a U.S. Patent for his invention describing a method to reinforce a thermoplastic article in process with a thermoplastic pultruded composite. He holds a combined Bachelor of Science / Master of Science degree in Plastics Engineering from the University of Massachusetts at Lowell.

Greg Santini brings more than 20 years of operational leadership & lean manufacturing experience to his role as Vice President of Operations at Bixby International. Greg drives continuous improvement at Bixby by spearheading initiatives utilizing lean manufacturing tools that reduce operational costs, minimize waste, and strengthen the team environment in the Operations Division. Prior to joining the company, Greg held positions in executive operations management at WS Packaging Group, Inc., RR Donnelley Company, and Lockheed Martin's Space Systems Division. Throughout his career as an operational executive driving Lean Manufacturing, Greg has led his business units to increased sales and improved profits by creating a positive culture of teamwork that drives success and growth. By increasing product flow, reducing inventory, improving quality, and increasing on-time delivery, he has played a direct role in generating millions of dollars in profits during his career. He earned a Bachelor of Science degree in Mechanical Engineering Technology from Purdue University.